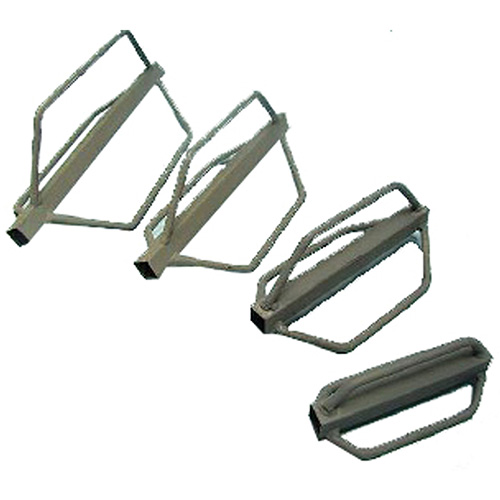 Skids play a critical role in maintaining nozzle position within a pipe. In larger pipe diameters skids help to elevate and position a nozzle closer to the center of the pipe for more even pipe wall cleaning.

Skids featured here on the website are all for 1/2″ hoses and Drain Jet Extensions are required. Please contact us for more information on other available lengths and diameter skids.

Skids are most often used with Rotary Nozzles to ensure that the spinning nozzle spray reaches 360 degrees of the pipe. Skids are also often used with Chain Flail nozzles as the skid maintains the position in the pipe while the chains evenly scrape the pipe walls and debris. Skids help to reduce the wobbling effects created when debris becomes entangled within the chain causing an unbalanced (wobbling) spinning effect on the nozzle.

Skids are also useful to determine pipe malfunctions. If a skid is unable to pass through a line, that is generally a good indicator that there is a collapse or issue within the pipe.